I’ve been working around Microservices for years, but only recently I did start wondering about how everything ties together. My experience at TransferWise helped me to start looking deeper in this world. 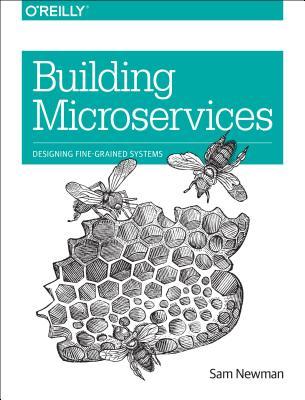 More specifically, as we move from a monolith to micro services and huge scaling I wanted to know how all the different tools and processes came to be. This book is exactly what I was looking for to get answers about all that.

The book talks about a variety of things, ranging from CI, CD, monitoring, security to scaling and breaking the monolith. It’s a great introduction to micro services ecosystem and a great first point of getting deeper in the rabbit hole.

I really enjoyed it and totally recommend it. Building Microservices at goodreads

The entire book was very good, but some chapters were more informative, for me, than others. As you can see from the notes below I really got a lot out of Chapter 11 that talks about scaling services and Chapter 8 that talks about monitoring. Chapter 9 about Security was good too.

The notes below are separated in the chapters they belong. It doesn’t mean they are the only interesting part of the chapter or the book, it just what drew my attention more. Things I thought I need to remember for the future.

Chapter 3, How to Model Services